Free to MLTA Members
Please see registration link at bottom – you must be registered to attend the virtual event.

Thank you to our 2021 convention sponsors:

Keynote Speakers to include: 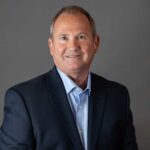 In 1994, Darryl Turner left his corporate position to start The Darryl Turner Corporation. Passionate about training and helping people become their best selves, Darryl knew he could develop a larger footprint, a successful sales force beyond the sector he currently served. Within his first year of operation, Darryl found success in the title industry and continued to develop his presence through the results and testimonies of some of the most influential within the industry. 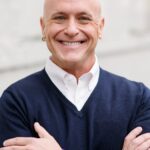 After decades of unprecedented sales success in insurance, broadcasting, and advertising, on July 23, 2006 Will Bowen’s life changed forever…and so did the lives of tens of millions of people (so far).

On that day, Will invited 250 people to try and break the negative habit of complaining by going 21 consecutive days without uttering a single gripe.  Will gave each person a purple bracelet to be used as a mindfulness tool.

His idea: switch the bracelet from wrist-to-wrist with each spoken complaint and keep switching until you go 21 consecutive days without complaining.  Will’s idea EXPLODED around the world until now, some 15 year later, the worldwide Complaint Free bracelet total is over 13 Million and climbing.

Schedule a Call to Learn More

Martin Lavelle is a business economist in the research department at the Federal Reserve Bank of Chicago’s Detroit Branch. Lavelle’s job responsibilities include economic research, education and outreach. His research revolves around the Michigan economy and its impact on the District and national economies. Specific topics include the auto industry, consumer spending, economic development and real estate, contributing to the District’s submission to the Beige Book. Also, he speaks to economics classes at area colleges and high schools. He has been an advisor and judge in the High School Fed Challenge Competition. In February 2012, Lavelle began a series of evening workshops for teachers and educators entitled “Night at the Fed” in which attendees learned more about economic entities and concepts that can be incorporated into classrooms and seminars. In addition to his Federal Reserve work, Lavelle has taught managerial economics at the University of Michigan-Dearborn and volunteered with Junior Achievement, teaching high school students about entrepreneurship. Lavelle received his B.S. in business and M.A. in economics from Miami University in Oxford, OH. 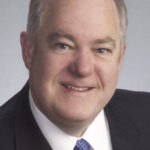 As a professional of the title insurance business for over 30 years, Jack Rattikin III is known as a valuable leader in the industry. Currently, he is president and chief executive officer of Rattikin Title Company of Fort Worth, Texas. Rattikin has held the position of CEO since January 2004 leading all functions of the company. He joined Rattikin Title in 1983 and was later promoted to senior vice president of operations, and president in 1999. He is also a member of the American Land Title Association Board of Governors and chair of the Abstracters and Agents Executive Section Committee. He previously served as president and as a member of the Board of Directors for the Texas Land Title Association. Rattikin earned a Bachelor of Business Administration Degree from the University of Texas at Austin, and a Doctor of Jurisprudence Degree from Texas Tech University School of Law. Rattikin has a long track record of service to the community at large through active participation in a wide variety of civic, educational, political, charitable, philanthropic and arts organizations.

PLEASE USE THIS LINK TO REGISTER FOR THE VIRTUAL CONVENTION

9:00 AM – Welcome and Business Session Update