Since the first 2019 edition of TitleBytes was issued, the Michigan House of Representatives has named their committees and membership for the new legislative cycle. Even though there are 45 new members in the People’s Chamber, it was great to 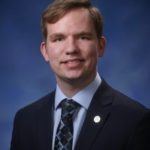 see a lot of returning legislators named to the House Local Government and Municipal Finance Committee. MLTA has worked extensively with this committee in the past and it was wonderful to see that Rep. James Lower (R-Cedar Lake) is going to continue to chair the committee. Chairman Lower was integral in helping MLTA to advance its Marketable Title legislation through the House last year, so we really appreciate the fact that he is at the helm of the committee once again.

At the helm of the Department of Insurance and Financial Services is Director Anita Fox. She took over the Department in mid-January and MLTA’s Board of Directors had an opportunity to meet with her. During their conversation, Director Fox shared her priorities for the Department. One of DIFS’s top priorities is to combat fraud. They 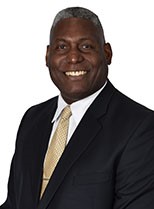 have an anti-fraud unit that is headed up by Joseph Thomas, a retired Michigan State Police Commander. Mr. Thomas is now the Manager of the Fraud Investigation Unit and is charged with supervising the analysis and investigation of complaints alleging fraudulent activities in Michigan’s insurance and financial services markets. He will also coordinate DIFS’ investigative efforts with the Attorney General’s Office and law enforcement. Director Fox requested that MLTA’s leadership sit down with Mr. Thomas to share with him the type of fraud that the land title industry works hard to guard against. MLTA has that meeting scheduled and is looking forward to talking with Mr. Thomas.