Wrapping Up a Successful 2018 and Starting the New Year

MLTA closed out 2018 with great success! On the last day of Session, the House passed SB 671 (clarification to the Marketable Title Act) and the Senate concurred in it. This bill was one of the last 10 bills to move during the 22-hour marathon Session. There were a number of MLTA members working behind the scenes to help get the bill to the finish line and all of that hard work paid off. Governor Snyder signed the bill on December 28, 2018 and it is now Public Act 572 of 2018. 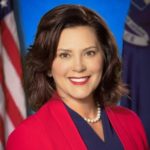 With 2018 now behind us, we are having an active start to 2019. Governor Gretchen Whitmer (D-East Lansing) was sworn into office on January 1st and wasted no time in appointing members to her cabinet and departments. She announced that Anita Fox, effective January 14th, would be the 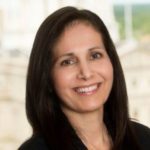 Additionally, the 100th Legislature held its first day of Session on January 9th. Rep. Lee Chatfield (R – Levering) was officially elected by his colleagues to serve as the Speaker of the House of Representatives. Sen. Mike Shirkey (R-Clarklake) was elected by his fellow colleagues to be the Senate Majority Leader. The Senate Democrats selected Sen. Jim Ananich (D-Flint) to once again serve as their Senate Minority Leader. Across the Capitol rotunda, Rep. Christine Greig (D-Farmington Hills) was selected by her Democratic colleagues to be their House Democratic Leader.

At this time, only the Chairs of the Senate Committees have been released. Sen. Zorn (R-Ida) will continue to chair the Senate Local Government Committee, Sen. Theis (R-Brighton) will chair the Insurance and Banking Committee and Sen. Lucido (R-Shelby Township) will chair the Judiciary and Public Safety Committee. The House and Senate are expected to announce their full committee memberships before the end of January.